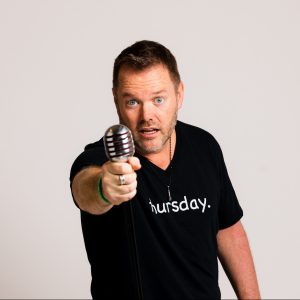 Derrick Michael Tennant made the most of a tragedy in his life by creating an opportunity for a career. As a promising athlete, Derrick was progressing in his dream for a career in sports when one evening he laid down but did not wake up for three days.

He had undergone what doctors would later term random bleeding from point x for an unknown reason.  Paralyzed and in a coma, Derrick underwent brain surgery from which he became unable to move his left side. It would take years of therapy to re-learn the basics like walking, talking and simple daily tasks. Derrick is still unable to use his left arm and he walks with a limp, but he has learned a lot through this process.

Derrick credits one thing for his ability to make it through this process not only alive, but also learning and growing:  LOVE.  Receiving love from his family, his friends, and his God combined with learning to better demonstrate love in the midst of difficulty were essential to Derricks survival and vitality. After brain surgery, years of rehab and life in a wheelchair; he ultimately got on his feet again. Despite the very limited use of his left side, Derrick loves life and “looks on the right side” of things. He communicates the importance of shifting obstacles in life, work or business into opportunities.

​He worked hard to overcome physical challenges and now works just as hard to help others overcome trials through his comedy, magic and inspirational speaking. Derrick formed BLEEPFREE Comedy where you can catch respectably clean shows in clubs across the country. He also landed a role in the upcoming Jeff Foxworthy movie “Crackerjack”. He plays a one armed softball player named Lefty. “Don’t get excited”, Derrick says. “I’m just a featured extra. I think that’s like getting an F+”.

​From SUBWAY, AFLAC, CHICK-FIL-A, SOUTHERN COMPANY to MEDIACOM and the ATLANTIS in the Bahamas Derrick brings the funny even in a tie! When it comes to Corporate entertainment it’s important to find an act than can both makes you laugh, and effectively communicates a powerful message. Having overcome a lot in his life, Derrick is just that act. Bringing his message of turning “Obstacles Into Opportunities”. Derrick inspires, motivates and energizes his audience and keeps them smiling all along.