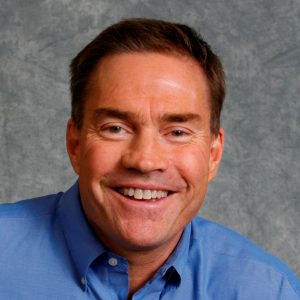 Jeff Kemp is a champion for strengthening relationships and teamwork. His coaching brings honesty and hopeful vision to leaders, organizations and families who need to turn life’s troubles into triumphs and succeed through teamwork.

After graduating from Dartmouth College, he entered the NFL as an undrafted free agent. He and his dad Jack Kemp, the late Secretary of Housing and Urban Development, were the first of only six sets of NFL father-son quarterbacks. In his 11 NFL seasons, Jeff quarterbacked for the Rams, Forty-Niners, Seahawks and Eagles. In the off seasons, he earned his MBA from Pepperdine University, focused on speaking and campaigned for his dad’s presidential nomination.

Jeff’s football career was a rollercoaster, from fourth QB to starter, from the bench to the playoffs, and from winning games to getting traded. He’s beaten the blitz on Monday Night Football and been cut midseason as a starting QB. He helped his teams and teammates, both on and off the field. Those highs, lows and epic team experiences set the stage for a career of serving others, building teamwork and helping people from all walks of life overcome adversity.

At Jeff Kemp Team, he Soul Coaches CEOs, investing in relationships and team culture for enterprises. MEN HUDDLE is his mission to men, fathers and marriages. Jeff is Fatherhood Ambassador and a board member of The Fatherhood CoMission. His sweet spot is leading men’s retreats and building men’s identity, brotherhood and love for family.

“Facing the Blitz- Three Strategies for Turning Trials into Triumphs,” was released in 2015. People remark that Jeff’s transparent stories and concepts are powerful, easy-to-remember and actionable. With self-deprecating humor and vulnerability Jeff helps people embrace change, serve others and turn problems into positives.

Early in his NFL career, Jeff married Stacy. They have four married sons and five grandchildren. They love to mentor young couples, play tennis, ski as a family and speak for the FamilyLife Weekend to Remember marriage getaways.

Why Marriage is Important

A football blitz is an attack to force the quarterback into a mistake and create mayhem. But a blitz also creates an opportunity for the quarterback, as it leaves holes in the defense. What looks like the worst play can become the best play. During a life blitz--financially, relationally, spiritually, or physically--by taking initiative you can do more than just survive. You can grow, succeed, and advance. Jeff shares lessons learned through all kinds of blitzes. He teaches how life is about transformation and being others-oriented, and how having the right mind-set can turn fear and misery into courage, growth, and joy. Includes end-of-chapter questions.