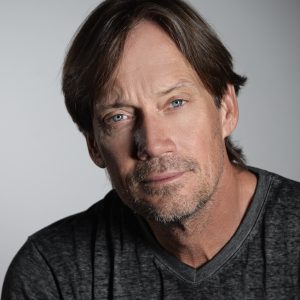 Best known for his roles as Hercules in Hercules, the Legendary Journey’s and Captain Dylan Hunt in Gene Roddenberry’s, Andromeda, Kevin has been a driving force in Hollywood for over three decades. In 1997, during his tenure as the strongest man in the world, Sorbo suffered three strokes resulting from an aneurism in his left shoulder. He tells the compelling story of his grueling recovery in his book, True Strength: My Journey from Hercules to Mere Mortal and How Nearly Dying Saved My Life.

The recipient of numerous professional awards, Sorbo was honored by Movie Guide for “Most Inspirational Performance of the Year” for What If… His tremendous performance in God’s Not Dead, which was dollar-for-dollar one of the most successful Hollywood films ever, transformed and refocused the Hollywood star. Speaking publicly as a stroke survivor inspired him to talk more openly about his views on life. Passionate almost to a fault, in 2019, Kevin was the third-highest fundraiser for pro-life causes in America.

Continuing in his dedication to advancing the gospel, Sorbo directed and stared in the feature film, Let There Be Light, which he co-produced with his wife, Sam, and Dan Gordon. The team’s second movie together, Miracle in East Texas, hits theaters this fall. The Sorbo’s home educate their three children in Florida. www.kevinsorbo.net/news.htm

Kevin was one of the best speakers we have ever had. Kevin’s passion for life and his story speaks volumes, he is relatable and moves people to action. I would highly recommend him to anyone and everyone! – Heather Lawless, Director of Development, Life Choices

I want to let you know that Kevin Sorbo did an absolutely fabulous job for our 21st Annual Choices Fundraising Banquet. Mr. Sorbo was engaging and powerful with his message, and led to our pledges being 42% higher this year! In addition, Mr. Sorbo and his wife were very humble and kind individuals. They made everyone around them feel comfortable and important. – Ashley Graves, Executive Director, Choices Clinic & Life Resource Center

“ I cannot say enough great things about Kevin Sorbo!
He is a wonderful speaker, and we received so many compliments.
His message was bold, thought-provoking, and inspiring, one that is so needed in this generation.
Beyond his message, he was generous, kind, and warm hearted toward his many fans.
Our entire team was impressed with his easy-going nature, professionalism and his willingness to work with our conference needs.
He was an absolute pleasure to host, and we couldn’t be more pleased. Highly recommend!“