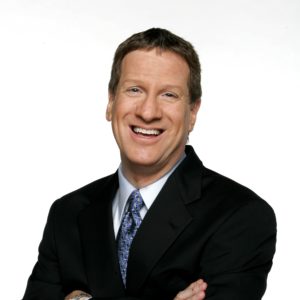 Atheist-turned-Christian Lee Strobel, the former award-winning legal editor of The Chicago Tribune, is a New York Times best-selling author of more than twenty books. He serves as Professor of Christian Thought at Houston Baptist University and as a Teaching Pastor at Woodlands Church in Texas. Lee was educated at the University of Missouri (Bachelor of Journalism degree) and Yale Law School (Master of Studies in Law degree). He was a journalist for fourteen years at The Chicago Tribune and other newspapers, winning Illinois’ highest honor for public service journalism from United Press International. He also led a team that won UPI’s top award for investigative reporting in Illinois.

After investigating the evidence for Jesus, Lee became a Christian in 1981. He subsequently became a teaching pastor at two of America’s most influential churches and hosted the national network TV program Faith Under Fire. In addition, he taught First Amendment law at Roosevelt University. In 2017, Lee’s spiritual journey was depicted in a major motion picture, The Case for Christ, which ranks among the top twenty faith-based films. Lee has won national awards for his books The Case for Christ, The Case for Faith, The Case for a Creator, and The Case for Grace. Lee and Leslie have been married for forty-five years and live in Texas. Their daughter, Alison, is the author of five novels. Their son, Kyle, is a professor of spiritual theology at the Talbot School of Theology at Biola University.

The Case for Christ

The Case for Miracles

The Case for Life (Pro-Life) 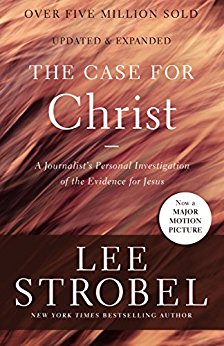 The Case for Christ

Retracing his own spiritual journey from atheism to faith, Lee Strobel, former legal editor of the Chicago Tribune, cross-examines a dozen experts with doctorates from schools like Cambridge, Princeton, and Brandeis who are recognized authorities in their own fields. Strobel challenges them with questions like, How reliable is the New Testament? Does evidence for Jesus exist outside the Bible? Is there any reason to believe the resurrection was an actual event? Winner of the Gold Medallion Book Award and twice nominated for the Christian Book of the Year Award, Strobel’s tough, point-blank questions read like a captivating, fast-paced novel. But it’s not fiction. It’s a riveting quest for the truth about history’s most compelling figure. The new edition includes scores of revisions and additions, including updated material on archaeological and manuscript discoveries, fresh recommendations for further study, and an interview with the author that tells dramatic stories about the book's impact, provides behind-the-scenes information, and responds to critiques of the book by skeptics. As The Case for Christ and its ancillary resources approach 10 million copies in print, this updated edition will prove even more valuable to contemporary readers.