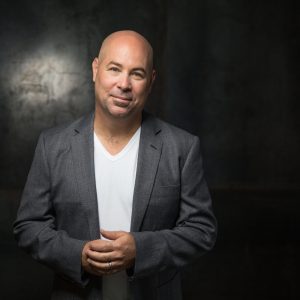 Many know Mark Schultz as the platinum-selling, award-winning artist whose career has spanned two decades with thirteen #1 hits. He’s garnered accolades like Artist of the Year, Songwriter of the Year, and Album of the Year and has appeared on ABC’s 20/20, Extreme Home Makeover, and CNN’s Morning Edition But Mark would say that all of that pales in comparison to the honor of getting to share his own story of adoption with an audience. Mark was adopted when he was two weeks old and raised by loving parents. And, though he’s never met her, he’s grateful to his birth mother for giving him life. “She’ll always be a hero to me,” he says with a smile and tears in his eyes.

In 2007 Mark partnered with Family Christian Stores and the James Fund to help raise awareness and support for orphans by riding his bicycle across the country from California to Maine, doing 14 concerts along the way and raising $250,000. “It was the single greatest thing that I’ve done in my career,” he says, “And it awoke a passion in me to share my story and be a champion for others.” That summer tour has led to Schultz doing more than 200 benefit concerts for crisis pregnancy centers and adoption agencies across the country. Mark’s hit single, “Everything to Me,” a song about his life and gratitude to his birth mother, was the centerpiece for Bethany Christian Services ministry to expectant mothers. “I wanted to write a song for birth mothers, so that they could hear how grateful I am to my own birth mom and how she made the choice to give me life.” And that’s exactly how the song was used, to encourage expectant mothers across the country who were in crisis. Mark has a passion for benefit concerts because it’s a chance to tell his story and to give back to the very organizations that helped save his life. “My role is to put a spotlight on the organization,” he says, “And to have everyone in the room support them both prayerfully and financially.” Mark’s sense of humor and the depth of his story lead one concertgoer to say, “I didn’t expect to have this much fun, and I was deeply moved to action.” Mark brings a contagious energy and excitement to fundraising banquets that leave the audience feeling inspired. “What these organizations are doing is saving lives,” says Schultz. “And I’m one of those lives.” Recently, Mark and his wife Kate, who have two boys, Ryan and Gus, adopted their first daughter, Maia Mae. “It’s amazing for me to be on this side of adoption,” says Schultz. “This love that I have for my daughter is like nothing else I’ve ever experienced. She and I have a very special bond.” Schultz and his daughter share the same initials, MMS. “And one day when she gets a little older I’ll be able to share my adoption story with her, too.”