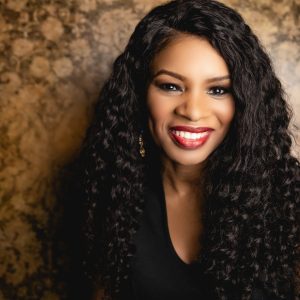 Nicole C. Mullen has long been known as an undeniably talented artist who is unafraid to be vulnerable and transparent with her audience. She continues a legacy of sincerity and artistic integrity that in the past has been recognized with two Grammy® Award nominations and nine Gospel Music Association Dove Awards, including two Female Vocalist of the Year honors, Song of Year for “Redeemer, and On My Knees”, the Urban Album of the Year for “Everyday People ”, Contemporary Song of the year (Call on Jesus), and the first African American female to win Songwriter of the Year for Redeemer.

Nicole, now a single mom, is familiar with broken relationships. She can relate to those who have walked through abuse, betrayal, and hurt. She has learned to forgive and come out of a ‘night season’ stronger than she’s ever been before.

“I want people to be healed, released, empowered, and encouraged. I want them to see the power of Redemption and the relevancy of the Scriptures in our everyday living. I want to explore every avenue available to express this truth.”

Earlier this year, former Host of Regis and Lee and NBC’s The Today Show, Kathie Lee Gifford along with Nicole C. Mullen, recorded a song they had written together, entitled “The God Who Sees.” Gifford soon became one of Mullen’s biggest cheerleaders and personally spent close to a half of a million dollars to add a 60 piece orchestra to the song and shoot a twelve-minute film to their oratorio. It solely features Nicole in the Holy land, speaking and singing of God’s loving interaction with broken and hurting Biblical characters, whose stories are relevant to our own.

During the collaboration, Kathie wrote a considerable portion of the song’s lyrics: While Nicole’s most significant contribution was writing the narration in between the singing. The majority of it came directly from the heart of a “Bible Nerd” (as she refers to herself) as Nicole stood behind the microphone. These are the stories later expressed by Nicole, before the cameras and Directed by Kathie Lee. The music film can be seen at www.GodWhoSees.com.

Mullen continues to tour around the globe, becoming a highly sought after speaker and singer. Her ministry and travels include France, Belize, England, Jamaica, many nations on the continent of Africa and throughout the USA.

Nicole Started as a Background singer for Amy Grant, Michael W. Smith, Cece Winans, and The Newsboys. In the past, she frequently graced the stages of Dr. Billy Graham, Franklin Graham, and Women of Faith events. Nicole can now be seen speaking and singing on platforms which include governors, Heads of State, people in business, prisoners, women’s conferences, churches, and non-profits. Recently she appeared on The Today Show, Marcus and Joni Lamb/ Table Talk on Daystar, several recordings On TBN Praise, (a soon to be aired) broadcast of “Better Together” with Laurie Crouch, Life Today with Shelia Walsh and other media outlets. Although there is a buzz over what Nicole is currently doing, the conversation and request always include Redeemer.

The song Redeemer is approaching its 20th year since being released to the public. It has not waned in the response it has always received. The stories shared about its effects are countless, some even miraculous and it further confirms that although Nicole is the sole writer, it’s origin is timeless and from above.

Where is your Samaria? (Speaking)

Grieving My Dad's Passing Became an Alter of Worship 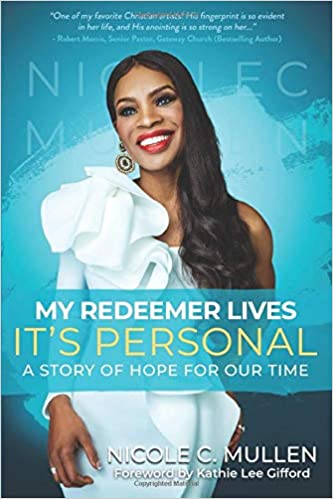