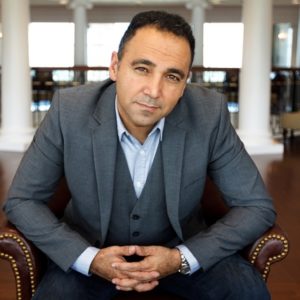 David Nasser was born in Iran but left the country with his family at age 9 during the Iranian Revolution. After almost a year in exile, his family moved to America. At age 18, he rejected his Muslim heritage and became a Christian. He founded his ministry D. Nasser Outreach (DNO) in his early twenties and it quickly grew as it partnered with other influential organizations such as the Billy Graham Association, Youth Specialities, and Student Life. In 2010, David planted Christ City Church in Birmingham, Alabama, where he would serve as the Lead Pastor for the next four years.

In 2014, God introduced a new chapter into David’s life – overseeing Liberty University’s Office of Spiritual Development. He now oversees a team that strengthens the theological foundation of the student body and its leaders through gatherings such as Convocation (the world’s largest weekly gathering of young people) and Campus Community. He also steers the discipleship process – seeing students coming to Christ, growing in their faith, and mobilizing to reach the world for Christ.

David continues to be one of the nation’s forefront speakers, speaking to over 700,000 people each year using his God-given ability to reach the high tech, attention-lacking culture of Generation Next. The heart-cry of David’s ministry is to effectively present the same message, the Gospel of Christ, using fresh, post-modern methods.

David currently resides in Lynchburg, Virginia, with his wife Jennifer and their daughter, Grace. Their son, Rudy, and his wife, Rachel, reside in Memphis, Tennessee. 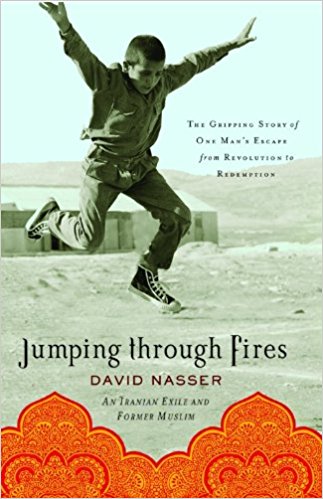 Religion has left an undeniable mark in our world. Some see it as the answer to every problem, while others see it as the problem itself. Simply put, religion is the single greatest force in history. But in a much more intimate sense, what does religion mean to one life? In this honest, suspenseful, and moving memoir, author David Nasser tells of a life filled with heartbreak and healing. Forced to escape from a country gripped in a religious revolution, David and his family run for their lives in an attempt to find refuge. Through the lens of a terrified boy we see the destructive power of religion and the pull of peer pressure as he tries to fit into a new culture. Nasser's raw and transparent account of his transition from hating religion to having a living faith in Christ will impact readers from across the religious spectrum. His unflinchingly honest, yet humorous, assessment of the church from an outsider's point of view will both enlighten readers and spur them to renewed and refined outreach. For anyone who has seen the lie of religion, whether in Iran or Alabama or anywhere in between, Nasser offers the truth of Jesus.